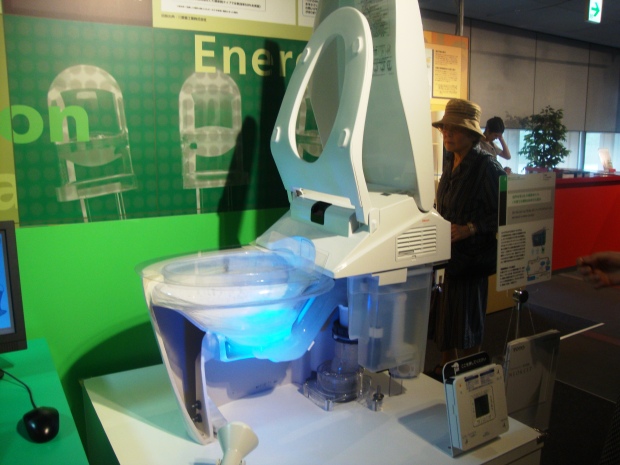 Is all that money spent on fancy new tech going down the drain? (To know more about this picture, read till the end.)

This post is inspired by a TIME Money poll that asks people how much they spend on technology every month. About 37% of the participants so far say they spend over $200, including their cellphones, Internet plans, streaming services, etc.

It got me to calculate my tech spend, and to this post. In fact LinkedIn is one of the first purely technological entries in my monthly expenditure spreadsheet. I have a “Premium” account here, and have been paying Rs 1,400 for it the past couple of years.

Then I have an Airtel 8 Mbps/80 GB connection, for which I pay Rs 2,299. (Well actually my wife pays that bill, but it’s part of the same spreadsheet).

My mobile bills are actually pretty low, thanks to a sucky Vodafone service that mostly keeps 3G down to a very anaemic 2G. I spend about Rs 800 a month for that. I seldom download paid apps, games, or content.

We recently upgraded to a TATA Sky HD set-top box and have a channel package that costs Rs 924. (I am not including the EMIs I was paying till last month for our new Sony Bravia HD LED TV.)

On average, I use Ola or TaxiForSure to book cabs at least 3-4 times. The tab is anything between Rs 1,500-Rs 2,000. (These are trips that I would have otherwise made on the Metro, costing me a fraction.)

A small but regular technology premium I end up paying is for booking movies on BookMyShow. In “convenience charges” alone I pay an average Rs 200-Rs 300 a month.

Finally, I have a Maruti Alto K10, for which I shell out an EMI of about Rs 9,000. (It maybe a bit old-fashioned to include a car on a tech list, but for whatever it is worth, it is a gadget all right.)

Put together, I spend about Rs 17,000 on tech every month. These are more or less fixed spends; I am not including things like the hyper-inflated electricity bills we pay during the summer months thanks to non-stop AC use.

I have not included e-retail either because it’s a non-regular category for me. I also don’t have data to prove whether I spend more on Flipkart etc than what I would have spent at physical stores.

Now the question is: What’s the RoI from this sizable spend?

LinkedIn: No perceptible change in my status before other LinkedIn users, just because I am a “premium” member. InMails, one of the key attractions of the paid subscription, have had at best a lukewarm reception. In fact their periodic mails telling me I have been “unstoppable this week!” are a great annoyance, because they have nothing to do with my actual usage of the site – which is not deserving of such encomiums.

Airtel: Generally trouble-free, but I have experienced agonising throttling with a new video-streaming service. Now, this has become a subplot in the larger Net Neutrality debate in the country.

Ola/TaxiForSure: I used to be a big fan of these services, but since relocating to Delhi from Mumbai, there’s been a sharp drop in the quality levels. My last four rides on Ola have been pretty bad, and I noticed that now the company doesn’t even reply to my complaints on Twitter. It is quite possible that as users like me form a habit of booking cabs using their apps, they will stop feeling the need to give us good service – which was their key differentiator against local taxi services when they started out.

Maruti: Nothing against the car, except I am not much of a lover of cars and don’t enjoy driving on the manic roads of Delhi and Noida, where I live and work. In hindsight, the EMI for the car is a pretty pointless drain, because I hardly ever use it except to drive to work and the rare weekend eating-out trip.

The math is pretty eye-opening. But the biggest thing I learnt from this experience: It is unlikely I will stop any of these wasteful expenditures. I am caught in a tech-spend inflation bubble, and even if my money fetches less and less, my addiction/need to spend on tech will only increase.

What’s your experience? Does this pattern fit your tech life too?

The photo attached to this post shows a Japanese commode that recycles waste water, if I remember right. I shot it during a Japan trip four or five years back. I have no doubt I will snap it up in a heartbeat if it ever comes to India. Even better if it’s available on a subscription model.

This work is licensed under a Creative Commons Attribution-Noncommercial-No Derivative Works 3.0 Unported License.
The Loose Canon

Of shoes and ships and sealing wax, and cabbages and kings. We're not very picky around here.

WordPress.com is the best place for your personal blog or business site.